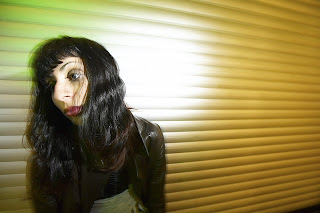 Warning: This piece has quite a bit more profanity than I'm used to posting online and deals with a touchy subject—one that has touched my own family, and even myself. That's not an easy thing to confess. I apologize in advance if I offend anyone. I'm not advocating violence as a means of escape, but once upon a time there weren't many other choices. I also know there are decent fellows out there in the world, and I salute them for being the 'real men.'. I wrote this as part of a prompt for Creative Writing class. The assignment was to write a very short piece of conflict, starting  the story with: "This is what I should have done..."

No Hesitation
This is what I should have done. I should have pulled the trigger instead of hesitating long enough to talk myself out of it. The son of a bitch would be dead.
I’d be in jail, but I’d be free. Free from nasty, hate-filled smirks...narrowed eyes a searchlight for any excuse. Free from waking up and not being able to get out of bed because something else might be broken besides the perpetual promise of “Never Again.” Free from my now twice-weekly duty of being a Rock ‘Em Sock ‘Em Robot.
I should have pulled the goddamned trigger and blown his fucking brains all over the pillow while he snored, sleeping off his latest binge of whiskey and Whack-a-Me. Why didn’t I? Was I afraid I’d miss and he’d wake up, snatch the gun out of my hands and shoot me instead? He was so far gone that a KISS concert wouldn’t have disturbed his peaceful slumber. The gun had a brand new clip in it, so what if one bullet went wide...there were more. I could have put a sweet plug right between the motherfucker’s eyes and ended both my pain and his.
Too late for that now, I think, as I set my face in grim determination to endure another round with the Raging Bull. He is between me and where the Glock lies hidden. All I can do now is take the blows and admonish myself.
Why the hell did you even buy the goddamn thing? I ask myself as his wrath begins raining a hailstorm of blows.
Go on, I silently urge him. Get it done.
That’s right.
Get it done and go to sleep.
I may have just enough strength left.
And this time, there will be no hesitation
Posted by Joz Varlo at 10:43 PM 5 comments:

Jack stripped and lay back on the red satin sheets while she straddled him. He could see tiny niblets centered within dark aureolas and a curly, brown triangle beneath her translucent pink baby-doll, which she slowly lifted over her head and tossed into a nearby chair.
Their lips met and they reached for each other simultaneously; their bodies becoming a tangle of tongues and fingers.
Suddenly, they stopped, mid-foreplay.
“Jasmine,” stenciled in curly vines and decorative roses about two-inches above her left nipple, looked down disparagingly at Jack's deflated, mingy manhood and sighed:
"I'm sorry, sir, but that hose is in awful shape, and since it's one of the smaller models, I’m going to have to charge you more for the parts and labor to get it functioning again."
Posted by Joz Varlo at 9:49 PM 26 comments: 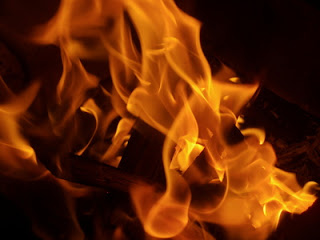 “Cheating bastard!” I fumed and waited for Donald to come home.
I found out about the affair six months ago and spent the last two preparing my goodbye. I waited calmly, just beyond the perimeter of my hastily scrawled handiwork. I heard the key turning in the lock.
Donald stepped inside and smiled at me. “Hi, honey! I’m home.”
His last words echoed shock and pain as he was suddenly consumed by the bright, hot flames which erupted and descended back into the pentagram scratched upon the floor where Donald had once stood.
“No,” I laughed madly. “Now you’re home.”
Posted by Joz Varlo at 8:04 PM 38 comments:

The Mages of Morrow—Part 2: The Hinterlands (an epigraph) 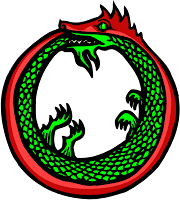 "The best thing for being sad," replied Merlyn, beginning to puff and blow, "is to learn something. That's the only thing that never fails. You may grow old and trembling in your anatomies, you may lie awake at night listening to the disorder of your veins, you may miss your only love, you may see the world about you devastated by evil lunatics, or know your honour trampled in the sewers of baser minds. There is only one thing for it then — to learn. Learn why the world wags and what wags it. That is the only thing which the mind can never exhaust, never alienate, never be tortured by, never fear or distrust, and never dream of regretting. Learning is the only thing for you. Look what a lot of things there are to learn."
-T.H. White, "The Once and Future King."
Posted by Joz Varlo at 12:33 PM No comments:

The Mages of Morrow—Interlude: The Stone

This is a (slightly) edited excerpt from my novel "The Mages of Morrow." This is liable to be the last excerpt I post for awhile as I really need to get back to writing on it again. This is where I left off at when I won NaNoWriMo. It takes the story into Part 2: The Hinterlands. The character introduced here and in the Prelude: Boy at the Edge of the World, will turn up in the last third of the book. He is to be the main character in the two sequels: "The Sages of Sorrow," and (tentative) "The Pages of Pendrick." Don't worry, Mercy will still be around.

You should know that I cried (bawled is a better word) when I wrote this. I still cry a little when I read it. The last word was the hardest word I've ever written...to date. 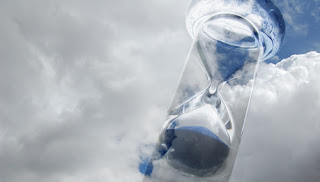 The seeing-stone was finished.
His uncle said it was the worse seeing-stone he'd ever seen and pronounced it totally unusable. But the boy said it was perfect and declared he would get it to work, if the "gift" ever settled itself upon his shoulders.
"It's too small to see into, Pen." Uncle Ware said. "And why did ye shape it 'round them two bubbles?"
The boy turned to the side and pulled the cuff of his shorts up, showing the birthmark on his thigh. "To make it look like this," he answered.
His uncle scratched his head and worried, as usual. "Well, why did ye run a hole inter it..there?" Uncle Ware pointed to the hole at one end of the oblong Sagestone. He'd watched the boy take the pick and work it with precision and skill...piercing the stone little by little...taking care not to rupture the interior bubble on that end of the stone.
The boy walked over and opened one of the many cabinets in the workroom. From it's depths he retrieved a length of leather cord. He returned to the workbench and, picking up the stone, poked one end of the cord through and tied the ends together, fashioning himself a pendant from the seeing-stone. He pulled the Sagestone over his head and it rested lightly against his chest. His uncle gazed at it through sorrowful eyes.
"Now, I can carry my Sagestone with me, everywhere I go!" the boy exclaimed excitedly. "I won't have to leave it behind if I need to go somewhere. Seeing-stones are too useful to be left on a stand in a book room."
His uncle furrowed his brow and frowned. "Boy, the physical weight of carrying a stone on you at all times is nothing compared to the mental and spiritual burden you will suffer. You must not wear it like a charm, for a charm it is not!"
The boy placed his young hand over his uncles wrinkled and calloused one.
"Uncle..." he sighed. "Think of what happens when a sage is asleep in his bedroom and his stone is in his study. The stone may show visions of great magnitudes and not a soul would ever know. I have spent sleepless nights wondering how many lives have been lost simply because a prophesy went unseen. If...if..." the boy struggled for words..."If the gift of sight should be granted me, I want to SEE!"
He patted his uncles hand and went about cleaning the workshop. When he was finished with the cleaning of tools and the sweeping of floors, he asked his uncle if he could retire. The uncle sent him to his room with a quick but affectionate hug.
Long after the last rays of the sun that pierced the small window had crawled away up the workshop wall to hide in the deep corners of the night, Uncle Ware remained sitting on the bench.
In the dark, by the thinnest slice of moonlight, a trail of tears glistened on his cheeks.
The boy had been part of his life for thirteen years. He didn't need a seeing-stone to show him that soon—too soon, he knew—that most sorrowful and final of words would hang spoken between them.
Goodbye.
To read the previous excerpts, click on the titles:
Prelude: Boy at the Edge of the World
Part 1: The Spinnerlands (An Epigraph)
An excerpt from Chapter 1: Mercy at the Gates
An excerpt from Chapter 3: Leaving Crope
An excerpt from Chapter 8: "You never knew you had it in you?"
Part 2: The Hinterlands (An Epigraph)

"You never knew you had it in you?"—An excerpt from The Mages of Morrow: Chapter 8

The following is an unedited excerpt from my novel "The Mages of Morrow." Chapter 8 is "You never knew you had it in you?" It finds Tom and Mercy still on the run and taken in by residents of the small town of Garrett (similar in name to Mercy's own hometown in Ohio. In fact, the couple hosting them are the doppelgangers of Mercy's own parents.) Mercy, having had her hair cut and dyed by Tom, is impersonating a boy. Mercy is reading the book Tom gave her about the history and magick of Burr, including the history of the sages and the mages. Mercy reads something in the book about a prophesy concerning the most powerful sage in Burr and his mission. She then realizes with growing alarm who that sage is... 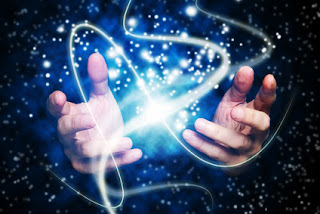 To read more of the excerpts, click on the text below:


Coming soon: Interlude: The Stone
Posted by Joz Varlo at 11:04 AM No comments:

Mercy Spins: An Excerpt from "The Mages of Morrow"

The following is an unedited excerpt from my NaNoWriMo novel: "The Mages of Morrow." This scene is from Chapter 3: "Leaving Crope." It is the scene in which Mercy describes to the gypsy Tom Stranger how she happened to find herself working as a sixteen-year-old waitress in a brothel in Crope. This is Mercy's "crossover" experience. Please feel free to comment on anything you like or don't like about this piece. This is a "rough draft" and will be polished at some future time. Oh, by the way, this excerpt contains a reference to a "real" event experienced by the author, when she was a young naturalist growing up in Ohio. 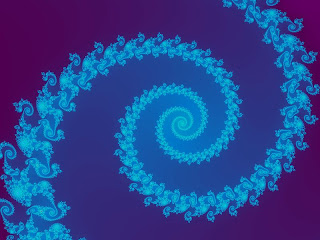 The subdivision on the outskirts of Garrettsburg, Ohio was fairly new. Shiny new blacktop wound through the immaculate and exclusive gated community and the new houses were almost all bordered by some type of natural environment. One house was perhaps more isolated than the rest, it was down the very last road and sat on a parcel that included woods and a clear-running creek.

My novel: "The Mages of Morrow"

Identified Flying Lenticulars - my other blog